Mikael Kingsbury started skiing when he was only 4 years old and already at age 8 he joined a freestyle club at Mont Saint-Sauveur.

Today he is considered one of the best mogul male skiers of all time. He won the World Cup numerous times and has 2 Olympics medals.

He won his first Olympic medal in 2014 at Sochi after finishing 2nd. He shared the podium with his teammate Alex Bilodeau. Four years later in 2018, he won gold medal at the PyeongChang Olympics. Before getting there, he trained at P2 with the best athletes of his sport, Alex Bilodeau and Jennifer Heil. 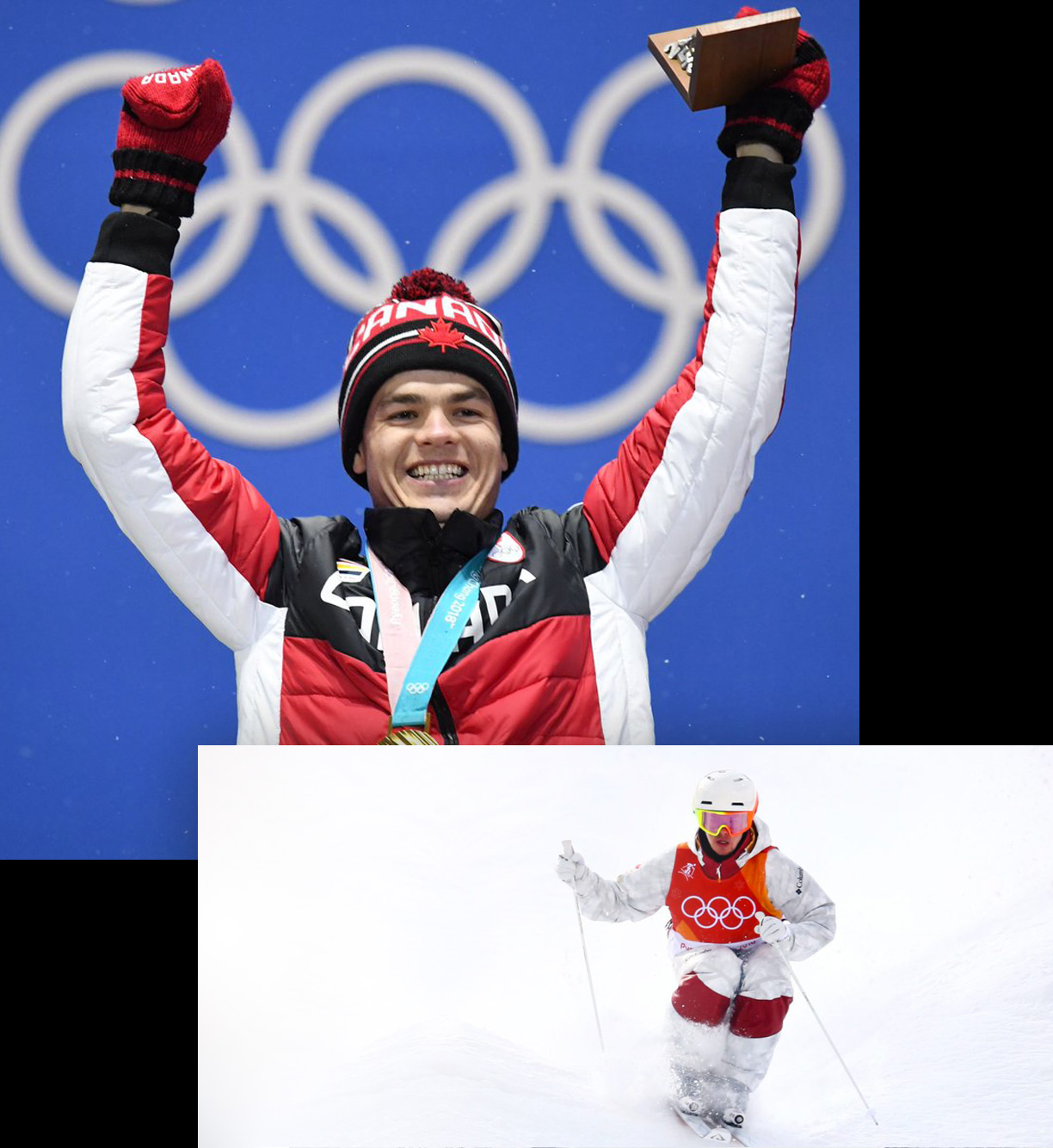 Mikeal won the gold medal for Mogul Skiing in 2018 at PyeongChang Olympics and the silver medal in 2014 at Sochi. In 2017-18 he won his seventh straight Crystal Globe as the overall World Cup champion for both moguls and all of freestyle skiing. He also earned  his 47th World Cup victory, putting him ahead of 1992 Olympic champion Donna Weinbrecht and 2010 Olympic champion Hannah Kearney on the all-time moguls list.

P2 was able to provide Kingsbury with a specific training for mogul skiing. Our coaches have created special exercises for this “sprint” sport. The run is usually around 250m and is done in average 25 seconds. Since incorporating Powerwatts classes to his training, Mikael says he has an easier time canalizing his energy between runs

Copyright © P2
Designed and produced by